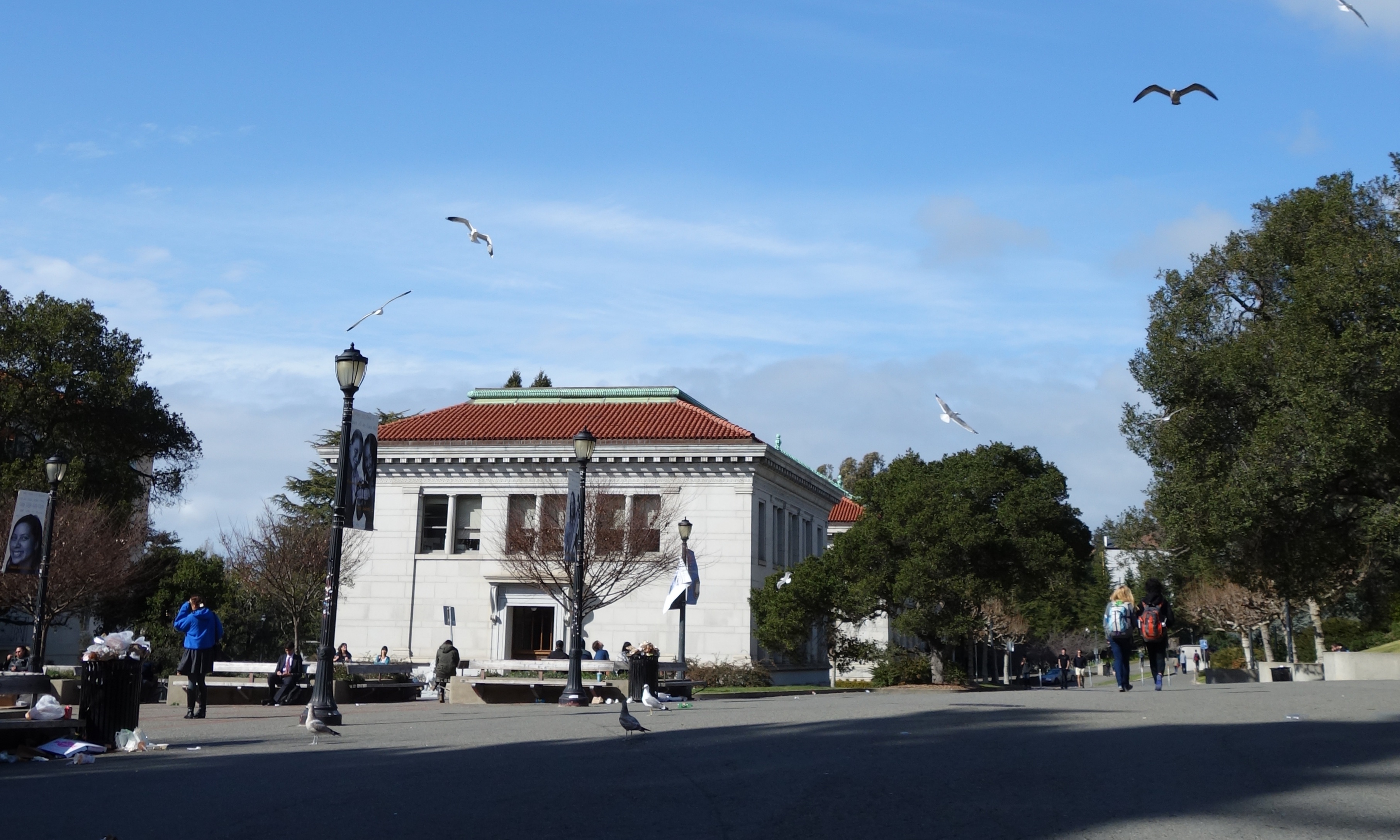 My first day of college: They were lying on the ground under a blanket of clear cellophane, clad in only beige underwear, smeared blood, and tangible commitment to their movement against animal cruelty. Coming from a very beige hometown of cookie-cutter neighborhoods, music schools, and test prep services, I’d never seen anything like this.

This, I supposed, was UC Berkeley. This was the Bay Area, the heart of social activism, of technological innovation, and of what appeared to be the majority of the world’s squirrel population (for this reason, I wholeheartedly believe that we should steal Haverford’s mascot and be the Cal Squirrels).

Over the course of the year, I would see my fellow students cheer and boo electoral college results in the dining hall and hear of the marches through the streets and the violence in the community. I walked past a hand-holding protest around Lake Merritt in Oakland on the way to a David Sedaris book reading. Like an idiot, I slept through the Women’s March. After a wind ensemble rehearsal, I steered away from the protests against Milo Yiannopoulos when I heard loud booms and saw policemen in full riot gear, opting to follow it via live stream.

As a fairly reserved human being, I tend to avoid rowdy crowds, riot gear, and any potential danger. I like my fire inside of a fireplace, pizza oven, or television screen (don’t we all?), and I don’t think pedestrians should be interrupting the flow of freeway traffic. But, so I’ve heard, social activism is part of the Berkeley experience.

So on Thursday, I went to a protest.

Covering the event for my journalism class, I sat in for an activist group’s pre-protest briefing. It was the same group that had staged the on-campus demonstration with the bloody cellophane people at the beginning of the year. This time they were going to a supermarket. During the meeting, a blanket of focused silence covered the group. A static-y blanket charged with unspoken intensity and energy. Rather exciting!

The power of a well-coordinated call-and-response chant is more powerful than you’d think, since everyone actually knows the words and speaks together as a single, disembodied voice. None of that mumbled destructive interference at high school rallies and football games. It’s unexpectedly loud and effective.

Shoppers looked on with half-filled baskets, and spectators gathered around the front of the supermarket with their smartphones.

Handing out flyers and making themselves heard, the activists snaked through the supermarket in a single-file line. Back home, I’d seen picket lines outside of an Albertsons. But nothing to this extent or level of coordination. I was impressed.

And I suppose this is what it takes to be heard in Berkeley. Never in a million years would I have seen something like this back at home.

And that’s the thing in college. You see new things. You hear and learn new things. College isn’t just bookwork; it’s also about learning from the community, the people around you. So go outside once in a while. Do stuff.